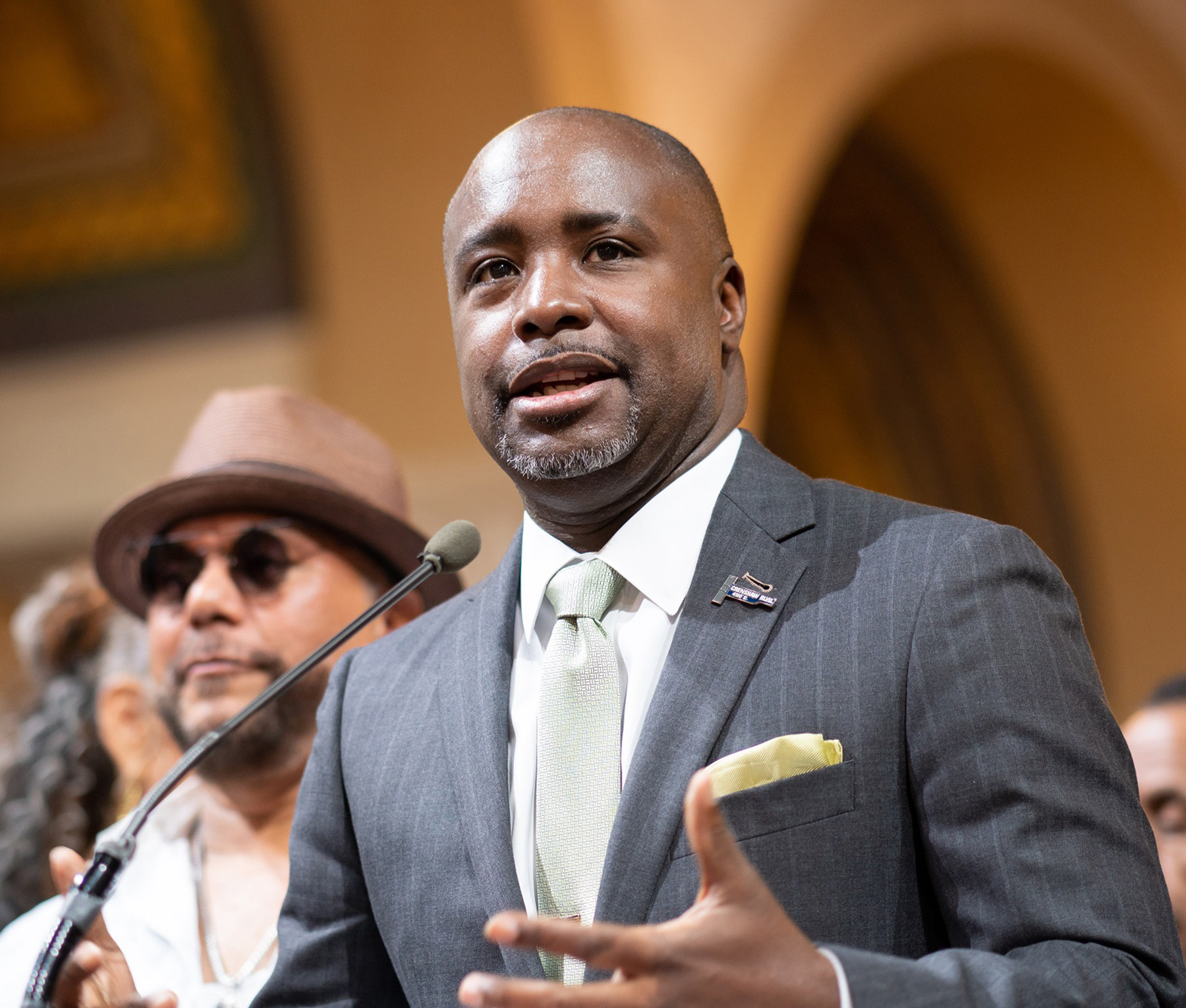 The motion, passed by a 13-2 vote last week, would fund youth work programs, local hire efforts and other social services as well as divert funds to districts for various projects.

Councilman Herb Wesson’s district,  District 9, was slated to receive the biggest chunk of the funds based on a report that identified the recommended apportionment of the former LAPD funds and determined that Price’s District 9 was the region with the “highest need” for the funds. The district was set to receive $21 million. City Council District 8 and 15 followed in need. They would have received $16 and $12 million respectively.

Garcetti’s rare veto argues that the funds need to be more focused on community jobs and racial justice.

LAPD Chief Michel Moore and the police union had similarly argued that the spending list should not have included public works projects like sidewalk repairs and tree trimming.

“Far too many of the proposed expenditures do not meet the demands of the moment or the call of history,” Garcetti wrote in a letter to the council

“It sounds like from the letter that he is questioning the knowledge of low-income people and their representatives about what they need in the community,” Councilman Marqueece Harris-Dawson (District 8) told the Los Angeles Times. “He’s saying he knows better.”

To override Garcetti’s veto Harris-Dawson will need 10 other council votes.

Robert Smith, the Richest Black Person in America, to Pay Almost $140 Million Back...