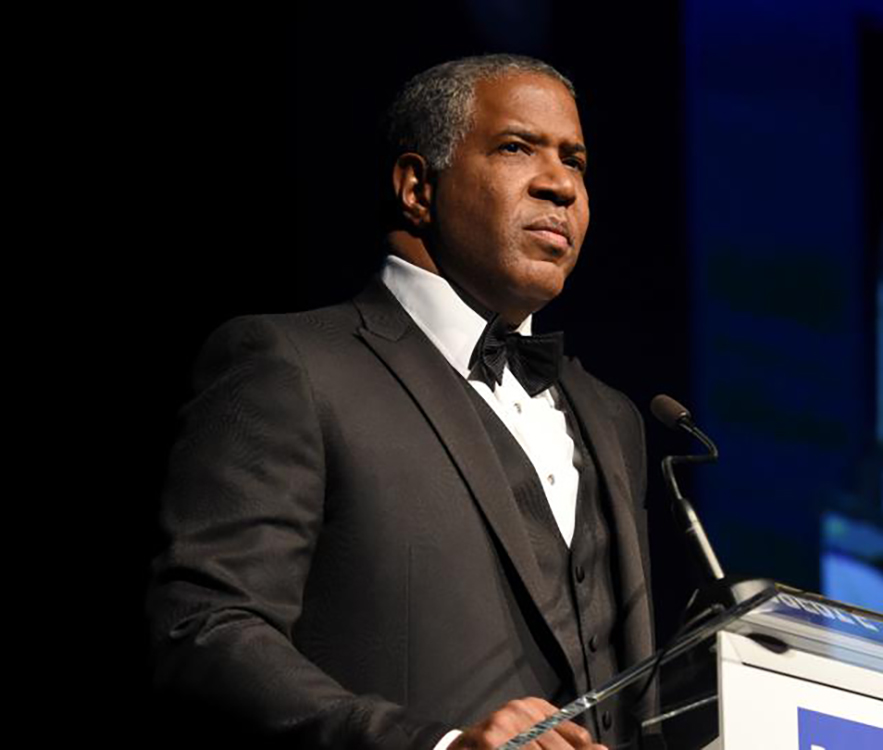 Robert F. Smith, a billionaire philanthropist and tech investor who founded and serves as CEO of Vista Equity Partners, will have to pay back almost $140 million in back taxes, interest and penalties to the Internal Revenue Services (IRS) after admitting to using tax evasion tactics. This news comes after a four-year U.S. tax investigation by The Department of Justice and the Internal Revenue Services.

The 57-year-old avoided prosecution by cooperating in a case against Robert Brockman, a Houston businessman accused of using several Caribbean entities to hide $2 billion in income in what prosecutors called the largest U.S. tax case ever against an individual.

“Smith committed serious crimes, but he also agreed to cooperate,” said David Anderson, a U.S. attorney in San Francisco. “Smith’s agreement to cooperate has put him on a path away from indictment.”

Smith was celebrated for his accomplishments as a successful, Black businessman in America and is worth an estimated $7.05 billion. He even paid off the student debt of Morehouse College’s entire graduating class in 2019, as well as their parents’ loans.

Smith has admitted to his wrongdoing and is cooperating with investigators, saying that he failed to file accurate reports of foreign bank and financial accounts over a three-year period. Federal prosecutors revealed that he concealed income and evaded taxes for 15 years by using foreign trusts, corporations and bank accounts.

Smith admitted that he used $2.5 million in untaxed funds to buy and renovate a vacation home in Sonoma, California. He admitted to paying for it in 2005 with private equity funds deposited into accounts in the British Virgin Islands and Banque Bonhote in Switzerland. Smith also moved to Switzerland in 2010 for a brief period and bought two ski properties and a commercial property in the French Alps with untaxed money in the Swiss account.

Smith owns several homes throughout the U.S. and now lives in Austin, Texas.

California Legislators Respond to the Impeachment of Donald Trump

Donald Trump’s Black Supporters Make a Case for His Reelection

More than 1,600 Californians have been evicted during pandemic

LAPD Missing in Action Outside the Mayor’s House

From Forest to Faucet: The Health of Headwaters Determines Tap Water Quality