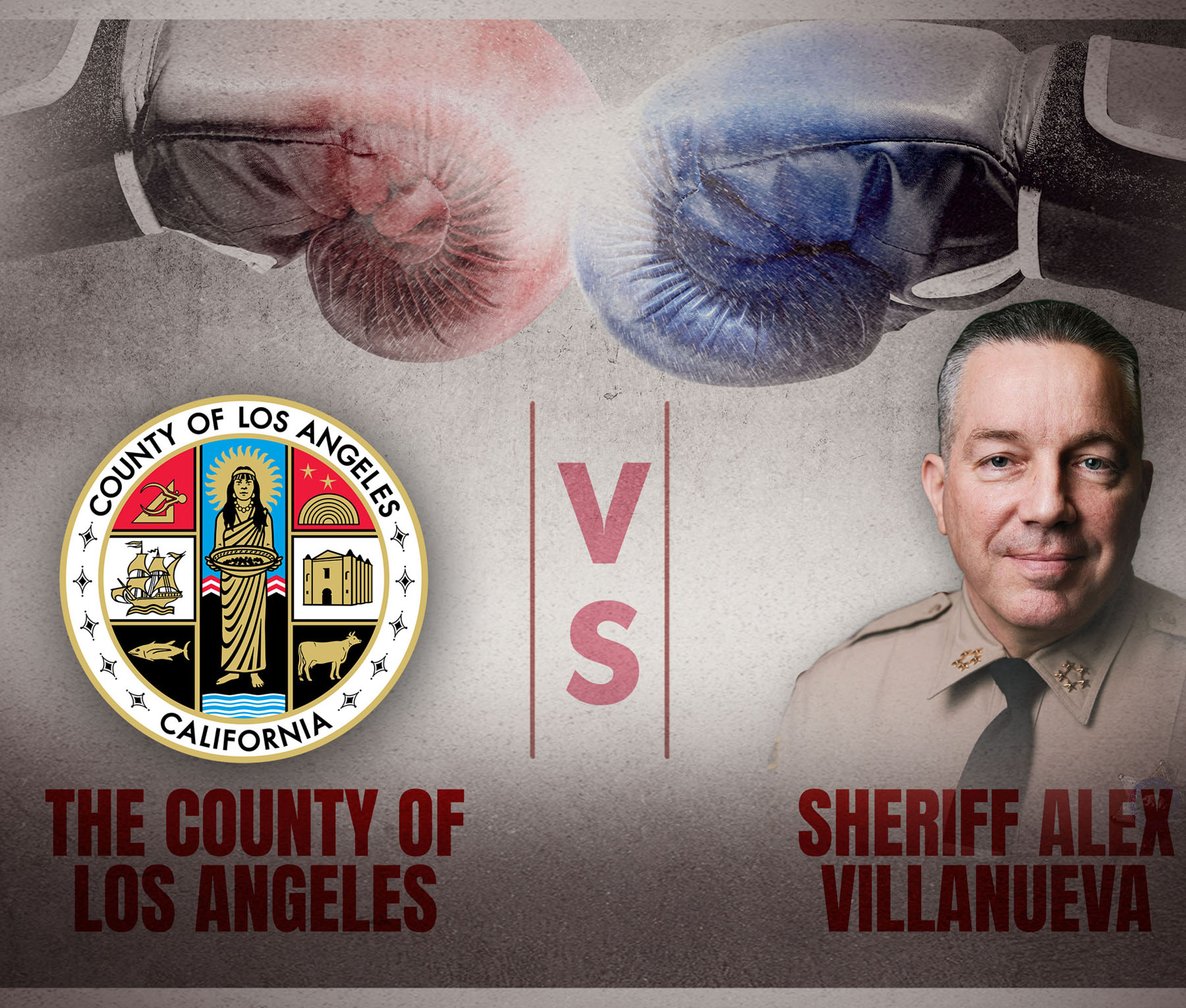 After two years of contention between Los Angeles County Sheriff Alex Villanueva and county officials, the L.A. County Board of Supervisors is officially seeking pathways to remove the County’s top law enforcement Officer. In a motion put-forward in late October, Supervisors Mark Ridley-Thomas and Sheila Kuehl proposed that L.A. County should “consider whether the status of the Sheriff’s office should be reexamined in order to better serve the more than 10 million residents of the County,” citing Villanueva’s “persistent refusal to provide the transparency and accountability that the community rightly demands.”

The motion comes after a near constant power struggle between the Sheriff and the Board of Supervisors-appointed Civilian Oversight Commission (COC) which has been ongoing since the day Villanueva took office.

The COC and Villanueva have clashed over a myriad of issues, namely transparency — or lack thereof on behalf of the Sheriff in releasing information to the public and his protection of officers in matters of police reform.

From the perspective of the COC, Sheriff Villanueva’s continuous refusal to cooperate with the Commission’s oversight responsibilities flies in the face of the progress L.A. County residents have been seeking to achieve from a department that has been the source of scandal and corruption more than a few times in the past decades.

Supervisor Ridley-Thomas has referred to Villanueva’s blocking of independent investigations in the recent deputy shootings of Andres Guardado, Dijon Kizzee and Fred Williams as examples of situations that contribute to dysfunction in county government that are completely avoidable.

“Three examples, no cooperation in terms of independent investigation,” said Ridley-Thomas. “We can’t get to the facts because the Sheriff refuses to cooperate with the office of the Inspector General.”

From the Sheriff’s point of view, the COC are not watchdogs but attack dogs in a proxy war waged by political rivals who have wanted to see him out of office since before he ever began.

Villanueva makes the case that the COC has made their point of contention about him a personal one and has cast himself as an elected official who is doing the job voters hired him to do– while being a tool of harassment for the Board of Supervisors rather than a service of the people.

“Rather than allow the voice of the voters to stand, those same members are now exploring ways to [undo] the results of a lawful election outside of the established constitutional methods of voter recall, grand jury indictment, or defeating me in the next election,” said Villanueva on the Board of Supervisors motion. “I have been more transparent, more accountable, and have offered greater access to the community than any other Sheriff. Before the board votes on this motion and triggers a legal battle, which will waste millions of taxpayer dollars, I urge each supervisor to meet with me privately. Let’s set aside the past and work out our differences.”

Read the entire story in our December issue here

Donald Trump’s Black Supporters Make a Case for His Reelection