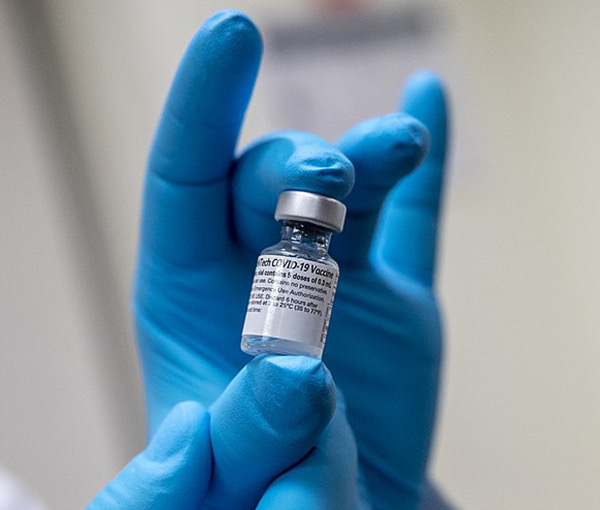 More than ten days into January, California has not distributed as many COVID-19 vaccines as previously estimated.

Gov. Gavin Newsom first acknowledged on Jan. 4 that the state’s vaccine rollout was “not good enough.” As of Jan. 8, less than a third of the over 2 million doses of vaccines that California has received has been administered to eligible residents.

After a slow start in distribution, on Jan. 8, Governor Gavin Newsom set a target to vaccinate an additional one million Californians over the next nine days. In addition to this goal, in the proposed state budget announced the same day, Newsom allocated $372 million to improve vaccination efforts.

“We want to see 100% of what’s received immediately administered in people’s arms, and so that’s a challenge,” Newsom said during his Jan. 4 news briefing. It’s a challenge across this country – it’s a challenge, for that matter, around the rest of the world. But that’s not an excuse.”

“I would expect — and you should expect — that we are going to see a substantially higher number of vaccines administered in the coming days and coming weeks,” said Newsom on Jan. 8. He later added, “Hold me accountable.”

This new target for vaccine distribution comes in the middle of a massive post-holiday surge in COVID-19 cases that has left hospitals stretched thin. ICU capacity is currently at 0 % in the Southern California and San Joaquin Valley regions, with the Bay Area at 3 % and Greater Sacramento at 6.4 % capacity, according to California Department of Public Health numbers reported as of Jan. 8.

Part of the initial challenge in administering vaccines comes from verifying whether people are within the groups the state prioritized in the first phase of vaccination. That category includes healthcare workers and residents and staff of long-term care facilities. Public health officials have noted the strain that this complex distribution plan places on an already stressed healthcare system.

On Jan. 7, the state eased restrictions on who qualifies for vaccinations, expanding the prioritized list to include community health workers, public health field staff, primary care clinics, specialty clinics, laboratory workers, dental clinics and pharmacy staff. Under this guidance, if there is still a surplus of vaccines after everyone in the prioritized group has been granted access, then the vaccine can be offered to essential workers in education, childcare, emergency services, food and agriculture, as well as people over the age of 75.

The state’s vaccine rollout was also slowed by technical problems with an online software system, PrepMod, which is used to coordinate vaccine distribution among a network of providers. Providers, including public clinics and nursing home operators, have said that the system is limiting access to the vaccines.

California Department of Public Health (CDPH) officials said that they have received complaints about the system. The department said that it “has been working with the vendor to work on finding solutions.”

Even with the slow rollout, both Gov. Newsom and California Health and Human Services Secretary Dr. Mark Ghaly have assured that the state will continue to prioritize the most vulnerable populations in vaccine distribution.

“We don’t want that prioritization to be diminished in any way, while also continuing to encourage fast and efficacious vaccination of our communities,” Ghaly said.

L.A. To Double Down on Businesses Defying COVID Safety Orders